You are at:Home»News»ASSG Awards»Congratulations to our 2021 Greg Bell Student Encouragement Award Nominees

Introducing the next wave of sound talent and this year’s Greg Bell Student Encouragement Award Nominees.

Please give them a round of applause, for not only graduating but doing so during a pandemic! We wish our nominees goodluck for the award, and all the best for their bright futures ahead.

Thank you to their teachers at AFTRS, SAE, UTS and AIM for recognising
and encouraging their talent. 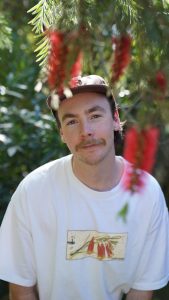 I was drawn to working in sound because I’ve always been fascinated by music and the human voice, I’ve been drawn to telling stories through these mediums. I’ve also always felt that as a Soundie, you’re given the perfect mix of creative and technical work. There is always more to learn, and always more challenges to overcome.

The most memorable project I’ve worked on has been a Proof-of-Concept film named You & Me By The Sea, in which I took on the role of sound editor and mixer. Due to unforeseen circumstances, the project was left without a sound recordist for the shoot. As a result, I was left to tell the story all in post-production. I was lucky enough to work closely beside our talented director Crystal Whiteley, and together we managed to come up with something great. It was a project that felt like the culmination of all my learning so far, and I’m really proud of how it turned out.

If I weren’t in this industry I’d definitely be stuck slogging away in a kitchen working long hours somewhere. For a long time I was training to be a chef, but once I received my acceptance letter to study with the Australian Film, Television and Radio School, I was out of there! I still love the culinary world, but it takes a very thick skin and a great passion to make it within the culinary industry. 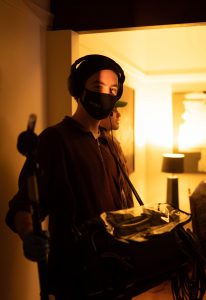 If I could have worked on any soundtrack in history, I would have loved to be apart of the sound team
for Mad Max Fury Road. From what I’ve read, the sheer scale of the project seems to have created a number of challenges on-set, as well as in Post. Imagine driving around the desert Namibia micing up all these crazy vehicles and explosions? Or even trying to put the whole thing together in the edit? Either way, it sounds like great fun, and having the opportunity to learn from Australian Soundies like Ben Osmo (prod. sound mixer) and Wayne Pashley (supervising sound editor) would be a dream!

The best advice I’ve been given is “Don’t sweat the small stuff”. I find myself constantly trying to remind myself of this. There’s always going to be little things getting in your way, but you’ve just got to push through, and try to have fun with it. 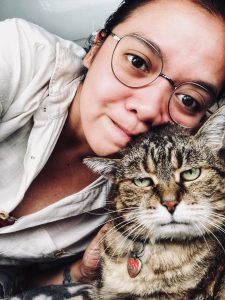 I was first drawn to sound when I was studying music. I wanted to become a film composer for a certain time in my life. I eventually came to realise that it wasn’t for me, and instead found my love for audio (especially foley and sound design).

One of my most memorable projects was Paul. Paul is a lava monster. Paul was my project for one trimester in SAE (our lecturer allowed us to pick our own battles). Paul is a character for a game level. I sound designed Paul’s actions and the world that it lives in. I then worldized my sound design assets instead of using an in-the-box reverb; and I coded these assets into the Unreal via Wwise.

I’m still learning how to sound design for games (how to actually code properly). But not bad for my first time (self taught). Was it perfect? No. Was it stressful? More than you can imagine. Was it worth it? Heck to the yes.

If I wasn’t in this industry, I would probably be in the visual arts. Most likely a video editor… Either that or a marine biologist/astronaut (childhood dreams). 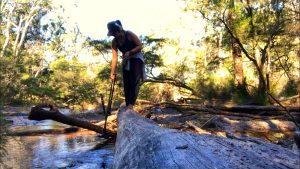 If I was given the chance to work on any soundtrack in history, It would be The Lord of The Rings…. Trilogy. (Still only counts as one).

I consider the best advice given to me was either “fake it ’til you make it” and/or “be a better person than who you were yesterday.” 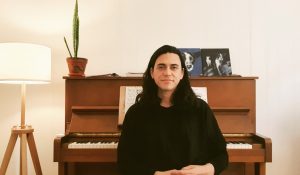 My introduction to ‘sound’ as a profession came during TAFE and University.  Though I grew up making sound and music on some basic free DAW which  probably no longer exists, studying had brought me to an incredible realisation: I  could make music AND weird noises as a career.

My most memorable project was ‘Spirit’. It helped me realise that industry  professionals are… people. Talented, inspirational, welcoming… people. It was a real turning point in my level of anxiousness and overall perspective of the world I was heading into.

If I wasn’t doing sound and music, I’d be pursuing one of my other main interests:  science, game design or visual arts. Or all of them. A video game involving science  and a unique art style. Basically, ‘Outer Wilds’… so, probably for the best that I’m  sticking to sound. 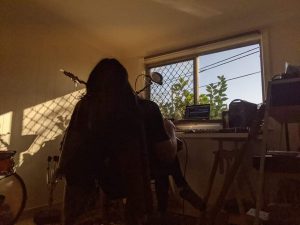 If I could have worked on any soundtrack, it would either be Silent Hill 2 with Akira  Yamaoka, or American Beauty with Thomas Newman. Two very beautiful and very opposite soundtracks.

The best advice I’ve been given is to remember the adage, ‘comparison is the thief  of joy’. Both creatively and in life, try to catch yourself when you’re comparing  yourself to others. 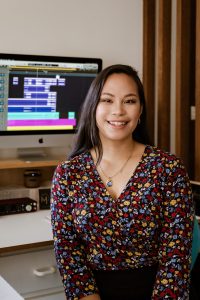 I was drawn to sound through music. Before coming to university, I was more of a singer-songwriter, but after completing units on  digital technology, synthesis and sound design, I began to take an interest in sound – screen/interactive composition particularly. Especially after a project where we created a  soundtrack and full sound design for a game trailer – something I was completely inexperienced  in. Listening to Jon Hopkins’ Insides was also a big inspiration, his work got me interested in how  I could apply my previous style to something new.

Tales of Nooran has been my most memorable project, it was my very first prototype with a  Unity/Wwise integration. I loved using a technique my lecturer Meghann O’Neill termed  ‘simultaneous variations’ where I used various stems within an over-arching composition to  change the character of the music in different regions of the game, switching between them  seamlessly as the character moved through the overworld.

If I weren’t in this industry, I think would still assert myself in a design field where I’m permitted  to be creative. I was actually provisionally accepted into an undergraduate course for interior design  following high school, however I chose to travel to Geelong and complete an Advanced Diploma  of Music instead, which was a major step on the way to where I am today. 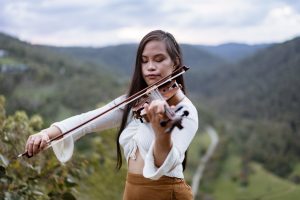 I would love to have worked on Horizon Zero Dawn – the original soundtrack is orchestral, but the game world has a sense of  mystery and fantasy that I tapped into for my own prototype Tales of Nooran. The music is also highly interactive, which taps into another interest of mine from my studies. But in addition to this  the sound world of the game is imaginative and would have tossed up a lot of possibilities – especially with the juxtaposition of an almost medieval fantasy world and Star Wars – like  mechanical enemies.

The best advice I’ve been given was… It’s important that you get to know yourself – what you do well and what you’re lacking in,  especially in your own work. You don’t have to be good at everything and perseverance is important. For a few years I really didn’t understand my own work flow, my own strengths, or even what I  really wanted to do, so some deep introspection was important to finding new goals, new direction  and a road to success.