One of our newest ASSG members, Doug Clarke took five for this week’s Sound Check! 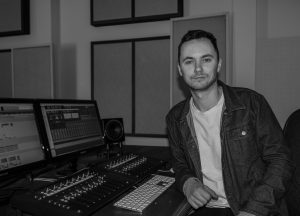 I got into the sound industry by playing guitar and wanting to record covers to YouTube. So I bought myself a copy of Pro Tools 8 with an Mbox 2. This was a great learning tool as I could hear how sloppy I was playing! After high school I wanted to do study Music and Sound but I didn’t want to specify too early and do a course that only focused on one of those. I completed a Bachelor of Music at the Queensland University of Technology with a Major in Music Production. This allowed me to do both performance and production. While at University I joined a band and spent the next few years touring around Australia and recording my band and other local Brisbane artists. I had an internship at Gasworks Studio during my final year of University and had a year following graduation working at Hunting Ground Studios in Moorooka.

In 2015 I moved down to Sydney to focus on Sound Engineering and gained my first Post-Production credits as a Sound Editor at Two Dogs TV with Senior Mixer, Damian Jory. This work has led to credits at Warner Bros ITVP and Endemol Shine.

My most memorable project has to be the feature documentary ‘Own The Sky’. The documentary follows David Mayman as he teams up with Bill Suiter & Nelson Tyler to build and fly the world’s first jetpack. As the Sound Designer, It was an amazing project for FX as it had everything! Flying Jetpacks, loud engines, cartoon animations, and dense atmos tracks.

If I wasn’t in this industry I would be doing something that I could do on the road. I really enjoy travelling and would love an opportunity to do some longer and slower trips while working.

If I could have worked on any soundtrack in history it would have to be the original Star Wars trilogy! I’m such a huge fan of Sci-Fi films and in particular the early Star Wars films.

The best advice I’ve been given was to constantly reference and take short breaks while mixing. Fresh ears make light work!