With over 100 titles to his name spanning across four decades, there’s no doubt you’ve heard of James Currie’s work. Here he shares his career highlights and philosophy.

What drew me to work in sound really was an amalgam of many influences and circumstance but primarily the real culprit (that I now blame entirely) was the way my brain was wired. I had been to the Adelaide conservatorium, studying to be a composer, then Colin Thiele (novelist – Storm Boy, Blue Fin et al) aimed me towards the film course at Flinders University. Things began to tumble into place. Exposed to films made by creative directors resonated. A pathway evolved, my imagination was in heaven. Akira Kurosawa used silence to great dramatic effect in the chaotic battle scenes in Ran, my heart stopped. Jules Dassin’s Rififi stunning 30-minute silent jewel heist sequence and Alfred Hitchcock removing all sound from several sequences from The Birds and replaced them with electronic sounds of bird screeches and wing flaps – the gods of cinema were speaking to me in spades. In The Shout, John Hurt scratched around recording sounds; Gene Hackman lived in angst in The Conversation because his life is spent eavesdropping on the lives of others, and in Blow Out – Brian de Palmas remake of Antonioni’s Blow-Up – David Hemmings the photographer has become John Travolta’s soundman. Peter Weir during the shooting of The Plumber stated that the most important sound was the silences between the words. The die was cast. I was in. The sound zone had me in its spell.

My most memorable project must be Ten Canoes closely followed by The Tracker. Ten Canoes was a character-building experience beyond anything I’d ever experienced before or since. It was a foreign environment, physically demanding, different language, diverse culture, and intense tropical heat. Living in tents next to a (crocodile infested) idyllic looking river. At dawn and dusk every bug armed with primeval teeth rose in waves searching for food and feasted upon the slow-moving film crew. Mosquitos were so huge blackfellahs called them B52’s. It was ‘Bad Boy Bubby‘ and the jungles of South America, The Old Man who Read Love Stories, all rolled into one. 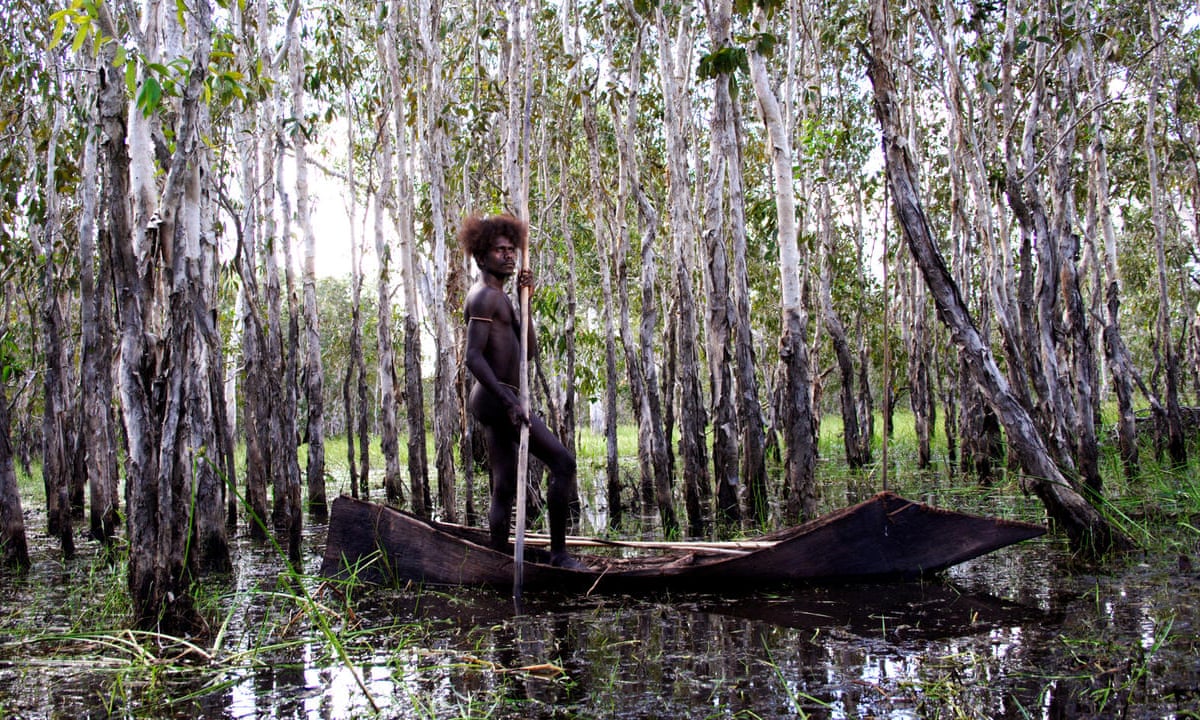 Recalling how it all began provides an insight into working with an Auteur of the ilk of Rolf de Heer.

I’d casually called into Vertigo office for a cup of tea and a chat. Rolf asked me, “what did I think of the top end in September?” I didn’t know very much about Arnhem Land at all, and told him so. Rolf proposed at trip ostensibly to record a few tracks of traditional music, it was for posterity, before a couple of the Arnhem Land old blokes passed-on. They felt their time was near.
From the relative safety and comparative calm of Adelaide, this little excursion, a precursor to Ten Canoes, appeared to be no big deal, nothing out of the ordinary. Before departure, I laboured over equipment selection. What did I really need? There were weight problems, weight restrictions. Better to keep the kit simple but effective, take nothing fancy. I was ever mindful of Rolf’s casual statement, if your luggage is over weight, James, the food may not make it! This was serious.

Nice Qantas flight to NT, lunch at Darwin airport then a transfer to a cigar shaped craft, a 24-seater. One hour to the next stop. Easy-peasy comrade, just a casual scenic flight. Took in the flora and fauna from a distance. Good landing, competent pilots, reassuring. Hung around in the shade for a bit. Spotted the gear and the food being transferred, most gratifying. Then we wandered onto the smaller 8-seater who’d dropped in from who knows where, to collect us. A couple of locals also jumped on board. Flew for 40 minutes to another airfield with an unpronounceable name. The locals wandered off and left in four-wheel drives. Rolf and I sat on a seat under a corrugated iron roof type arrangement, much like an abandoned chook house. Rolf asked me how did I feel so far? I was on my toes. I was aware of the subtle Dutch sense of humour. It can pop you when you least expect it. Not bad, I replied. So far so good, I should have known better. After 30 minutes or so, this thing flew over, against the sky it looked like a demented fly. On the ground, it resembled a flying shoe. It was a flimsy unit complete with bob the builder type wings. Rolf stood up and waved to the pilot who casually hopped out of this lawn mower powered shoe. Four seats attached, dodgy looking propeller stuck on the front and a couple of wobbly Dinky-toy wheels stuck on, obviously to stop it from falling over.

The pilot muttered that all our gear made the craft slightly overweight. Will everything be okay? By everything, I specifically meant yours truly. I know people in the top-end are rumoured to be cut from different cloth and dance to a different tune. “Yeah, all’s okay”, Bob replied, but he sounded less than convincing. I motion Rolf aside. Bob looks all of 19 or twenty. I muttered… this is not good mate.

Rolf confirms that this is the final leg and states seriously that the pilot is 22 and for a lad that started shaving last week, he’s very experienced, and anyway, he chuckles, all these blokes are missionaries so we’re on God’s side, at the very least we are on the right team. There’s nothing to worry about, James. Why is he telling me there’s nothing to worry about if there’s nothing to worry about?  “Listen mate,” he confides jovially, “you can ride up front, great view fellah”. Once I’d settled down and convinced myself, that perhaps this God’s child just might know what he’s doing after all. The flight was a dazzling 15 minutes or so. God is kind, en’shallah, we’re still alive.

The airfield was a cracker. A bit of scrub with all the trees removed. Just before landing Bob yells over the roaring engine, lucky it’s not the wet season. I didn’t ask the obvious. Rolf said there would be a car waiting, it wasn’t. We don’t wait. Bob offered a lift. Good thing for us as it turned out because we’d have been waiting there for two days for the promised transport. We load up Bob’s 4-wheel drive. Rolf and I are squashed in the back with all the stuff. I’m a little anxious about the recording equipment, no, I’m bloody desperate to discover if the recording gear has survived. Rolfie whispers there could be a problem as the vehicle he’d cunningly purchased, ahead of time hasn’t arrived, yet. So that was the car we were going to wait for!
We’re off to Ramingiing.
Ahh, location, location.

You know, if I weren’t in this industry, I think I would be selling second hand cars putting bananas up the diff and learning how to roll the mileage back on pre-loved mercs. Seriously, I’m not really sure, my brain has never moved away to view other fields of green.

Given a choice of working on any film soundtrack in history ever, it would be Apocalypse Now. I saw it upon release in 70mm, after the screening I couldn’t talk. It had a profound effect upon my understanding of cinema and what could be done. Imagination, painting with sound.

The best piece of advice I have ever been given was from novelist Colin Thiele, “James, you are in charge of your life, whatever you choose – do it one hundred percent, do not do what I have done… teach during the week leaving my first love, writing, as a bit player for the weekends and school holidays.”

I believe in signs and I believe in fate, and I accept as true that every single day people are given the opportunity to make decisions about everything they do and how they are going to do it. Audio isn’t just a matter of education, whether formal or informal, it’s a state of mind, a state of being, a state of desire.
If you’ve enjoyed getting to know your fellow ASSG members, then we’d love to hear from you for the next Sound Check, drop us a line HERE.