You are at:Home»News»Sound Radix Join the Australian Screen Sound Guild 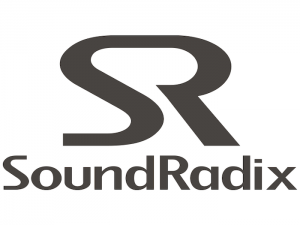 Sound Radix plugins are praised by many music engineers and composers, and are really making an impact for television and film sound editors. If you’re not already familiar with their Auto-Align plugin, something tells me you soon will! The Australian Screen Sound Guild are excited to welcome Sound Radix as our newest sponsor. Based in Tel Aviv, Israel, co-founder of Sound Radix Nir Averbuch (centre in photo) took some time out to share his passion for sound engineering and designing innovative tools that stand out from the ever growing market.

“Our goal is to provide a minimum amount of controls yet allowing maximum flexibility and optionality.”

Thank you for supporting the ASSG as a Silver Sponsor, we’re so happy to connect our members with an innovative company like Sound Radix. Where did the path start that lead to the creation of your company?

Nir: Working as a music producer and engineer, I wished for innovative tools to help me with my own work and solve issues that I often found myself struggling with. But after enough 1073/1176/LA2A emulation plugins kept showing up instead, I just gave up on waiting for my dream plugins to show up and decided to do something about it.

In 2010 a mutual friend acquainted me with my now partner and code artist, Yair Chuchem. We started meeting once a week to fool around with ideas and algorithms. Soon after, our partner and genius Dan Raviv joined our weekly hangouts and we kept growing organically since.

Our first project was what became today’s POWAIR Compressor/ Leveler plugin, though the very first plugin we released was Auto-Align. At the time, I was working on an album, which I just started mixing. Back then, I used to align tracks by hand, going through the tracks sample by sample. It used to take hours just to start on a mix, not to mention the brain numbness…On one of our meet-ups, I expressed to Yair my frustration with this and wished there was a tool that would do that for me automatically. Yair was amazed that such a tool didn’t exist already, and said: “Let’s do it!”

I’m sure every 5 minutes there’s a sound editor thinking “there must be a plugin for that!” and then proceed to find it online. How do you think your plug-ins differentiate from others on the market?

Nir: We do not emulate vintage hardware nor we make plugins that already exist. We question everything and spend quite a bit of time researching, experimenting and developing original algorithms. For example, in our POWAIR compressor, we weren’t satisfied with existing envelope detection technologies, so we went on to develop a unique and more complex algorithms which make POWAIR react to the incoming signal more organically and allows for crazy amounts of level reduction before the compression becomes audible. 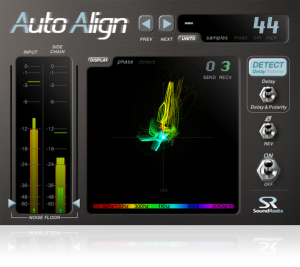 User interface is another area of great importance to us. We strive to innovate the way we interface with the plugins and build more intuitive interfaces. Our goal is to provide a minimum amount of controls yet allowing maximum flexibility and optionality. This approach sometimes makes for a steeper learning curve, and more so for folks who are used to legacy equipment or their emulations. Luckily for us though, in most cases, once one gets it, the response we often hear is “That makes total sense, how come nobody did it before!?”

Nir: I do! I find it a great opportunity to meet and interact with our users, help them get the most out of our tools, learn about their unique workflows and the challenges they meet in their process. It’s awesome when we solve our user’s troubles and hear about the enjoyment they get from using our software. Being a smaller company, we can react swiftly to an issue a user may have discovered, improve an existing design or add new feature users may request. Also, our internal communication is much more immediate and we have minimal bureaucracy.

What trends are you noticing, as a developer, that music producers and sound designers are needing or requesting in their plugins?

Nir: We’ve noticed that generally, folks are more knowledgeable and open to trying new approaches and smarter processors. When we just started, we used to get quite a bit of “They didn’t use Auto-Align in the 50’s and got a great sound so why should we use it today?” We still get those every once and awhile though most of the requests are for more features and adapting or improving current features or plugin for a specific use or workflow.

There’s no doubting they had great sound in the 50’s but the audio workflow is much different today than it was then! One plugin really helping with today’s digital, multi-channel recording and mixing is Auto-Align. It seems like it was designed for musicians, but is getting a lot of praise from those using it in their post-production workflows. Was this an intention when creating the plug in? 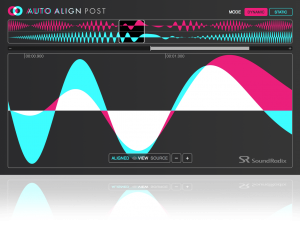 Nir: We now offer two products in the Auto-Align family: The classic Auto-Align that was designed for studio use where the microphones are stationary, and, Auto-Align Post that was designed to handle moving location microphones and optimised for the dialogue editor workflow. By the way, after we’ve released Auto-Align Post we’ve learned that some smart folks were using a special script with the classic Auto-Align in Pro Tools to automate the alignment process on a clip-by-clip basis which we thought was very cool!

What’s some of the most memorable or interesting feedback you’ve had with your plug-ins for Post Production (editorial, or mixing) and as a result are there other applications in development, aimed for Post Sound?

“First, this is the best plugin I ever bought. Period. Besides Post, I’m also doing a lot of recording on set (dialog, interview etc.) These are mostly Polywavs with Metadata & Timecode stamped. It would be so great if there was a Standalone version of AAP where one could load up the multichannel file, select which track to align with which, and export it again without losing Timecode or Metadata.”

As a result from this feedback, we’re now planning a standalone version that will do just that. On other future developments, I’ll keep my lips tight for now…