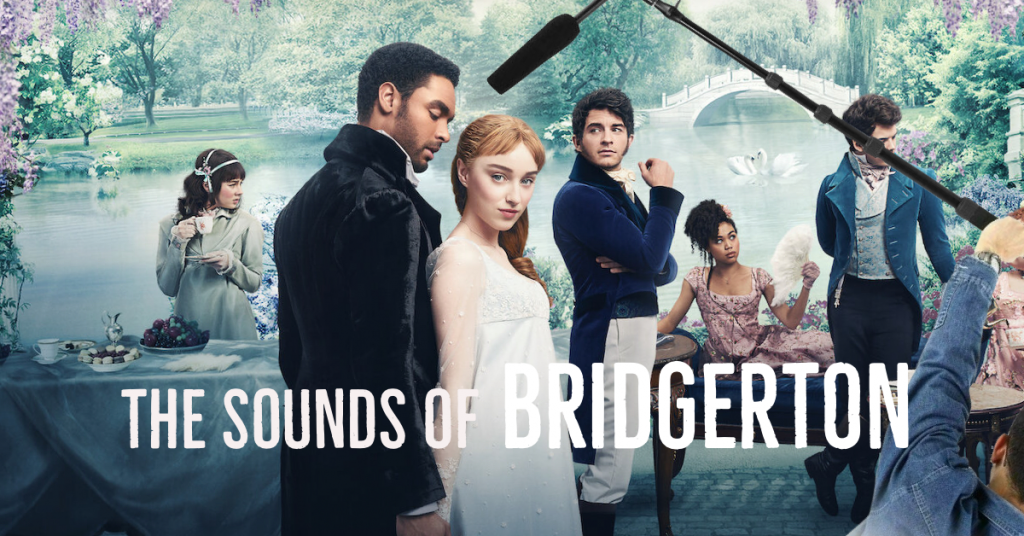 Make a cup of tea and enjoy the recording of our Zoom session.

Meet the sound team behind the sounds of Bridgerton as they discuss the highlights and challenges of creating 1800’s Regency Era, and their workflow on such a large scale production with a scaled back team.
The Team:
Ulrika Akander – Supervising Sound Editor, Dialogue editor, ADR editor
Ulrika was born and raised in Stockholm, Sweden. She moved to LA after film school and ended up as a dialogue editor after a year or so in production sound. With over 120 movies/TV shows/documentaries, and movies like Pirates of The Caribbean, Mr. & Mrs. Smith, Beautiful Boy, Hustlers, Peter Rabbit ; she has now added Bridgerton to her resume as Supervising Sound Editor.
Angelo Palazzo – Sound Design and SFX
Angelo Palazzo is an Emmy Award winning Sound Designer / FX Editor with over 25 years experience in post production sound for film / television. In 2020, he won his first Emmy for Outstanding Sound Editing For A Drama for his work as Lead Sound FX Editor on Netflix’s Stranger Things Season 3.
Stephen Fitzmaurice – Dialogue and music mixer
Stephen Fitzmaurice studied Sound and Music at the University of Southern California. He’s specialized in mixing 1-hour drama for television with about 10 years mixing on the FX side of the desk and another 10 on the Dialog / Music side mixing for major television networks and streaming services. Recent non-Shondaland titles include Longmire, Graceland, Tell Me Your Secrets, and the Baby-Sitter’s Club.
Dave Di Pietro – Fx mixer
David Di Pietro is a re-recording mixer at Westwind Media, a premier post-production studio in Los Angeles. In 2011, established mixer Stephen Fitzmaurice invited Dave to join him on the dub stage to mix sound FX on his first network show, ABC’s Private Practice, a Grey’s Anatomy spin-off. It was the first in a series of projects for acclaimed producer, creator, writer and showrunner Shonda Rhimes. Dave’s Shondaland credits now include the political thriller series Scandal, How To Get Away With Murder, Station 19 and Bridgerton, which launched with one of Netflix’s most-watched premiers of all time

Watch the Bridgerton Sound Team QnA on our ASSG Facebook